The Swedish South Polar Expedition intended to establish a winter station in Antarctica in order to make scientific observations. However, the expedition ship was caught in the pack ice and lost, so the explorers had to spend an extra winter in Antarctica before they were rescued by an Argentine relief expedition. The exhibit provides an extensive documentation of postcards and mail to and from members of the South Polar Expedition as well as of the Swedish and Argentine relief expeditions. The exhibit is shown as a pdf file. 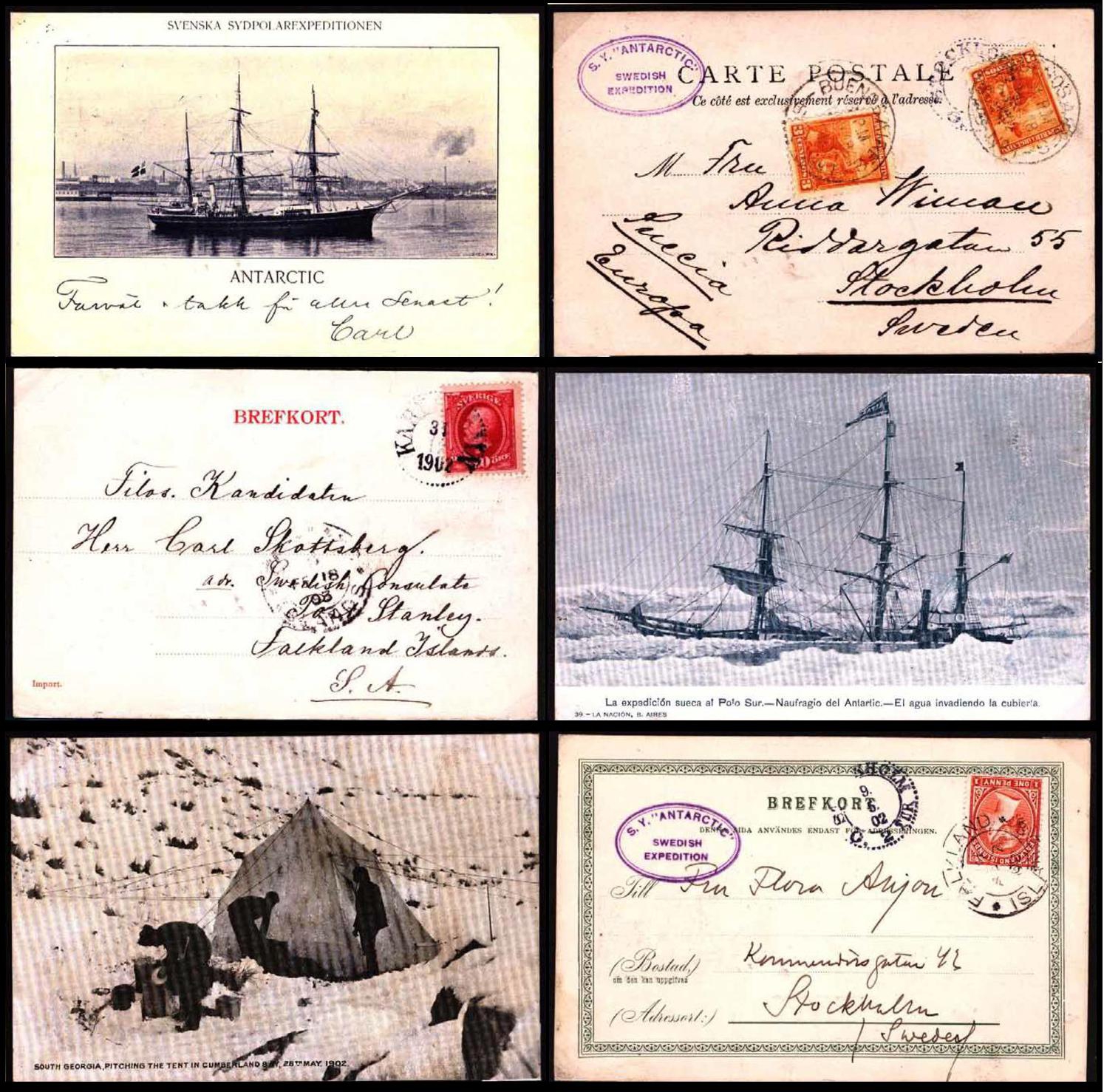