When the Soviet army invaded the Baltic states in 1944, almost 100,000 Estonians fled from Estonia. This exhibit shows how Estonians outside Estonia tried to keep the Estonian identity alive, from 1944 until 1991, when Estonia once again became an independent nation. The exhibit is of interest to anyone interested in postal history or the history of Estonia. It was first shown at the EstEx 2018 exhibition. The exhibit is shown here as a pdf file. 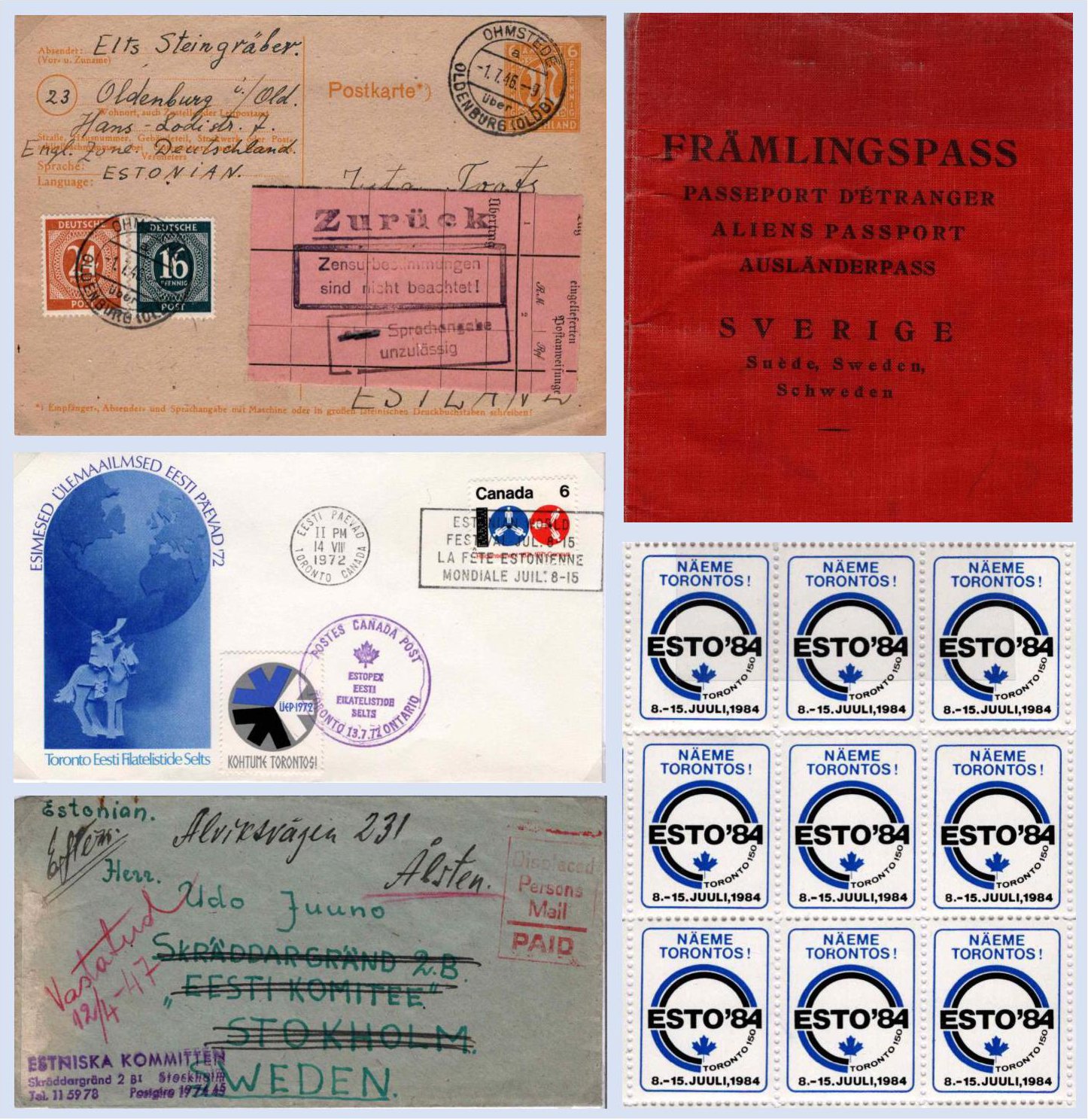